The Order of Things

“Go do a little yoga,” the still, small voice in my head gently whispered.

“But I’m tired, and if I get online, it’ll help me wake up!” the competing voice argued with authority.

Guess which voice won out?  The louder, argumentative voice scored a victory this time.  However, not really a victory for me.  Oh sure, it’s a reasonable thing to check email and online networks and website.  But the timing was important here.  Instead of getting centered and grounded for my day, I began by dispersing my energy.

It is important for me to connect with other people in person or online, but when I do that from a place of not being grounded and present and clear about my own priorities, I tend to jump willy-nilly from one thing to the next.  Perhaps it is a priority for the day, or perhaps it isn’t.  Perhaps it is something that needs to be done, or perhaps it really could have waited so I could have done something that really mattered for me that day.  Stopping to do even 15 or 20 minutes of yoga or  some other self-care practice is so small time-wise relative to the return I get for that time investment.  (And the form of yoga that I do requires more willingness than energy…) 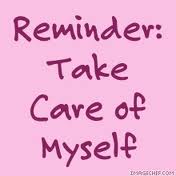 Do you find yourself doing the same kind of thing?  You may have a vague sense or even a clear idea of how important it is to do something you know is right (often involving some kind of self-care…), but instead you end up choosing to do something else.  It may even be something that does need to be done or taken care of, but it is often something that could easily wait until you’ve given yourself the time that you need.  It’s the same idea that financial advisers use when they suggest paying yourself first, before paying for all of the other things that your money needs to take care of.  Give to yourself before you give to all of the other people and things that need to be taken care of!  The benefit of this is that you come from a place of solidity and increased focus versus feeling more scattered or unclear.

Getting Lost vs. Knowing the Way

What happened when I decided to get online instead of stopping to do some yoga first?  Well, I did check my email and wrote a couple of replies and checked Facebook and LinkedIn…but I know from experience that I need to be so careful when I venture into those tasks that I don’t get lost in doing them!  When I first do some yoga and/or journaling and give some centered thought to what I most want to accomplish that day, then it is easier not to get “lost” online!  (Or, if I do get “lost”, I find my way out more quickly than I would if I had not taken the time for myself.) 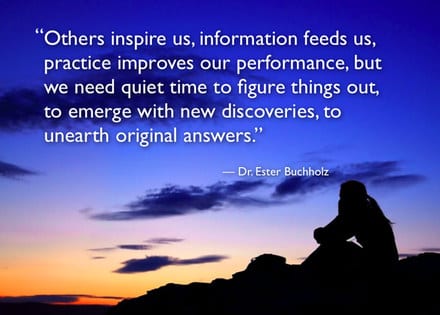 What is a self-care practice that you could engage in at the beginning of your day before you “jump into your day”??  Have you tried journaling?  What about taking a short walk or going to the gym?  Perhaps it is something as simple as having a few moments of quiet to sit and think about how you’d LIKE your day to unfold, rather than, “Oh my gosh, I need to do _________ and __________ and __________!  I better get going before I get behind!”

Can you feel the difference in the energy between the idea of the quiet moments to reflect on your day in a centered, positive frame of mind versus the anxious energy of the “behind before you begin” kind of thinking?  There really is something to this.  I have done my own personal experiments with it, and each way of thinking at the beginning of the day tends to set the tone for the rest of the day.  However, even if you start out feeling frantic or anxious about your day, there’s a saying that “You can start your day over any time you want!”  It’s not set in stone.  But you do need to stop to take the time to create some calm, peaceful energy to create a day that unfolds more smoothly.